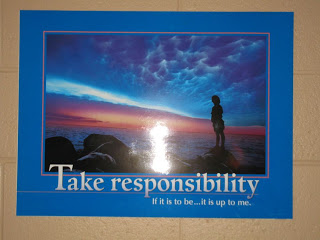 I sat across the table from a young woman in her mid-30’s watching her face radiate as she showed me photos of her delightful 6 year old daughter.  At first glance, you would never guess that this happy, confident mom had such a troubled past.  I was awestruck by her resilience and her ability to let go of the past.  She was fully steeped in the present moment and had deep gratitude for her present life.  She had a better dream for herself and she made it a reality.

Everyone has a story.  This young woman’s story had every plot twist imaginable.  Jane’s mother died of diabetes when she was just a teenager.  She became a surrogate mom to her three younger sisters and dad was overcome with grief and despair.  Not surprisingly, they all found someway to numb themselves from their loss.  For Jane it was heroin.  Heroin did not solve her problems or successfully numb her pain.  In fact, just the opposite occurred — she had more problems and her hurt was deepened as family and friends cast her aside because of the poor choices she was making.  She had a baby at 18 and had to give him to her dad to raise.  She continued as a nomad,  crashing on couches of people she barely knew, eating whatever food others would offer.  She was in such a dark place and in her words and she’d hit low spots often.  Until that day that she hit her own personal “rock bottom”.     I won’t share the private details of what happened to her that plunged her into “rock bottom”, but suffice it to say it was a real wake up call that shook her back into consciousness.   Her choices were affecting who she really was at the core of her soul and that became more painful than what life had been throwing at her.

After 8 years of heroin and running away (literally and figuratively), she took personal responsibility to change her life.

She is now in her mid-30’s with a beautiful daughter, reunited with her teenaged son, has a meaningful job she enjoys, an apartment, a car and a leadership role in her young adult group at church.

I was so captivated by her story of sadness, darkness, resilence and determination.  I asked her “what did you change about your life that set you on a good path and keeps you there?”

Her answer was profound.  “One by one, I put things into my life that I don’t want to lose.”

Take a moment to let that sink in.

For Jane, it started with a job.  She needed money to eat.  She got a job.  Next goal was an apartment so she saved and budgeted and she put a roof over her head.  She wanted to get her driver’s license back so she made that a priority and later, she bought a used car. These were building blocks for her independence and self worth.   As she told me her story, I could feel how much it meant to her to be able to hold a job, have an apartment of her own.  She created a safe, peaceful environment for herself where she could not only survive but thrive.  As she told me of each step, she emphasized — “I didn’t want to lose that job, I didn’t want to lose that apartment, I didn’t want to lose the car”. 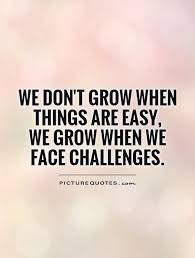 Eventually she fell in love, married and had a baby girl who is now 6.  Her face lights up as she flashes through the photos on her phone of her little artist, dancer and cuddler.

This is not a happily ever after fairy tale that ends here.  Far from it.  This is about a young woman who so dramatically shifted everything in her life that she has the resiliency and fortitude to capably handle the things that life throws at her.  She never loses sight of what is most precious to her.

Sadly, her marriage ended in divorce three years ago when he husband cheated on her.  Her precious daughter has special needs, and an addicted, dysfunctional sister leans on her heavily.

However, she does not lose her footing.  She has a remarkable capacity to “let go”.  She doesn’t have time to dwell on the past and she chooses to spend her energy caring for her daughter, doing a good job at work, taking care of herself.  She gets rejuvenated by her church, her faith and the good people she purposefully has in her life.  Jane gave herself the gift of self worth long ago.   It is what keeps her on such a good path now, even when life throws some pretty crappy stuff at her.

Jane has set boundaries so that all that she has worked for (and does not want to lose) isn’t jeopardized.  This has been one of the hardest steps for her, she confided.  And I have so much empathy for her around boundaries.   Jane does not view herself as a special, amazing person.  She is an everyday girl, just trying to be a better person that she was previously.   Although the personal work was hard, she believes in her heart that if she could do it, all alone without much support — then others should be able to overcome their addictions, dysfunctions and adversities too.  Especially if they have love and support from family and friends.

She has known a very special young man for a long time.  He has struggled with addiction and recovery three times already.  His mother is at a loss how to help him stay clean and get on a good life path.  Jane and his mother are very close — and it is obvious that Jane loves him and has for a long time.  She looks into his eyes and sees the good heart, the good man that he is at the core.   In her imagination, she can see him free from addiction and suffering — and the two of them laughing, loving and soaking up life.

And this is where the sticky part comes in.  Jane looks at herself and sees all that she has done to change her life for the better.  She did it alone.  Surely this young man, with lots of love, patience and support – with her as a good role model can readily turn his life around too.  Once she naively thought this was possible, but after experiencing his relapse time and again, she has gained deeper insight.

She now sees this relationship from both sides of the coin.  If her young man wants to make a lasting change in his life, he has to hit his own personal “rock bottom” and find his own motivation to start the process and keep it going every single day.

She holds steadfast to her personal promise and it has become a trustworthy boundary — she does not want to lose all that she worked so hard to gain.    She won’t jeopardize all that she has worked for personally trying to coax him into a better life.   She’s even adopted this philosophy for her sister, emphasizing that we alone are responsible for the choices we make in life.  “Get off the couch, sis….and make it happen.”

What impresses me so much about Jane is that she parted with a lot of painful baggage over recent years.   She is a lighter, happier, balanced woman as a result and she is setting a very good example for her daughter and her peers.

I’ve met with several young adults this week who are working on personal development due to depression, trauma, and self doubts.   These young people were visibly touched when I congratulated them on taking responsibility for changing their lives, for seeking meaningful help and sticking to it.   They shared that all too often they are challenged by people who think they can’t or won’t change.  Very few people offer encouragement or even recognize the baby steps that they have taken.

I witnessed a change in their facial expressions, body language, posture and tone of voice  when I offered compassion, a smile and a “well done”.   It felt like pouring cool water on a fragile wilting plant.

Pema Chodrun shares that if one person can connect with their authentic self — and has the capacity to open their mind beyond narrow-mindedness — it makes it that much easier for others.  She encourages each of us to find out what is at the root of our suffering and deescalate it.

When we have walked in another’s shoes, we have a greater appreciation for the challenges on their path.    So many young people are floundering in their efforts to feel safe, valued and part of community.   Human connection is sorely needed by all of us today.  Never underestimate the value of your empathy and encouragement. 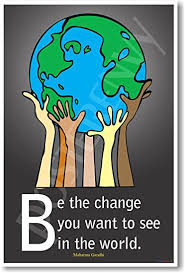 I am blogging about reinventing myself in my retirement years as an independent woman free to fully enjoy life's adventures, while practicing mindfulness and discovering my life's purposes. View all posts by Inspired New Horizons